Women’s History Month was officially established in 1978, but women have been challenging stereotypes and overcoming barriers much longer than that. The achievements of these seven Deaf women prove exactly that! Celebrate their successes by learning about these big firsts for the Deaf community and for the world. 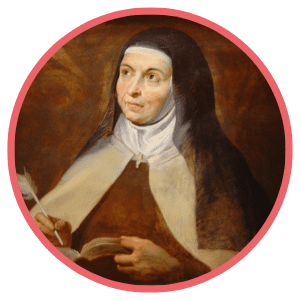 Can you imagine someone writing about Deaf Gain as early as the 15th century? When Teresa de Cartagena, a Spanish nun, lost her hearing due to illness at around age 30. She wrote an essay about the experience, Arboleda de los enfermos, documenting her journey.

At first sad and frightened by her deafness, Cartagena went on to write about the ways in which her newfound ability to disconnect from the outside world and enjoy silence made her a better nun, more spiritually pure, and a stronger thinker. When men of the period called out the essay as a fraud, believing it was too well-written to have been crafted by a woman, she wrote a second one in her defense, and in defense of the intellect of all women. She’s known today as Spain’s first feminist writer.

Photo from The Famous People

When Annie Jump Cannon was a little girl, her mother taught her the constellations and encouraged her to follow her dreams. Little did she know, her daughter would be the co-creator of the Harvard Classification Scheme—the first system designed to organize stars by their temperatures and spectral types. Accounts vary, but Cannon lost her hearing in adolescence or early adulthood, likely from scarlet fever.

In 1925 Cannon became the first woman to receive an honorary doctorate in science from Oxford University. She was also active in the fight for women’s right to vote throughout her lifetime. Cannon’s star classification system is still used by astronomers today. 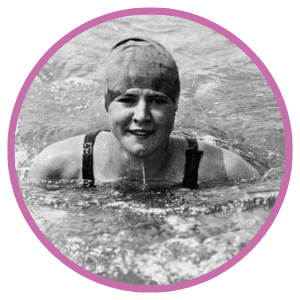 Photo from The Guardian

Nicknamed “Queen of the Waves” Gertrude Elderle made history on August 6th, 1926 as the first woman to swim across the English Channel. Before her, only five men had ever successfully swum the channel, and she beat their fastest time by just shy of two hours, clocking in at 14 hours and 34 minutes. Elderle also held the record for a 22-mile swim from Battery Park to Sandy Hook, NY—7 hours and 11 minutes—for 81 years.

Hard-of-hearing since childhood, Elderle became deaf as an adult and spent her time post-professional career teaching deaf children in NYC how to swim. Elderle’s swim was the first recorded instance of a woman completing an athletic feat faster than a man—and she did it in a self-designed two-piece bathing suit. 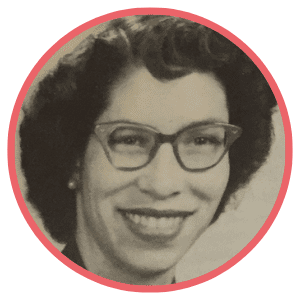 Dolores R. Ramirez Barrett made history in 1954 as the first Latina woman to graduate Gallaudet with a Bachelor’s degree in Home Economics, but that was only the start of a long career advocating for her community.

A teacher at the Arizona School for the Deaf and Blind, Ramirez is most well-known for her advocacy work in establishing low and moderate-income housing for Deaf people in Arizona. Her hard work came to fruition in Apache ASL Trails apartments—a deaf-friendly complex with ASL-fluent staff, accessible technology and design, and even an ASL-friendly salon! 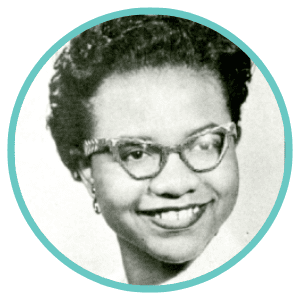 A graduate of the Western Pennsylvania School for the Deaf, in 1957, Hampton became the first Black Deaf woman to graduate from Gallaudet. A top student, she earned a Bachelor’s in Education degree and graduated with honors. She went on to teach at the Florida School for the Deaf and Blind for 32 years.

Hampton made an impact on thousands of students of all ages and and experiences throughout her career. After earning a Master’s in Special Education from the University of North Florida, most of her career was focused on working with Deaf students with multiple disabilities, and even spent her last two years as a preschool teacher. 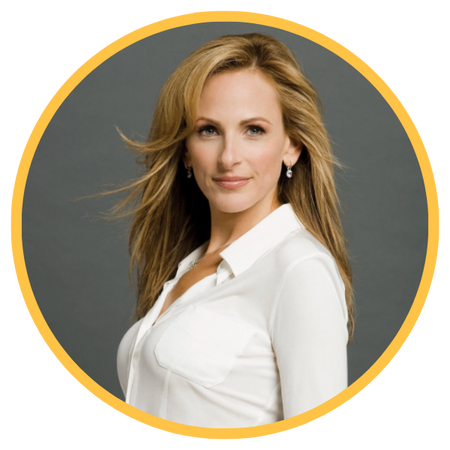 Photo from Marlee Matlin via Democrat and Chronicle

Marlee Matlin is an accomplished actress, author, and activist. In 1986, she won a historic Oscar for Best Actress for her role in the film Children of a Lesser God, becoming the youngest woman to win the award and the only Deaf person to win in any category. Both are still true to this day.

Matlin has spent her career advocating for the authentic representation of Deaf and disabled actors in movies and television, and fighting for equitable accommodations like closed captioning on Netflix. Most recently, Matlin and the cast of the film CODA won the 2022 SAG Award for Best Ensemble. 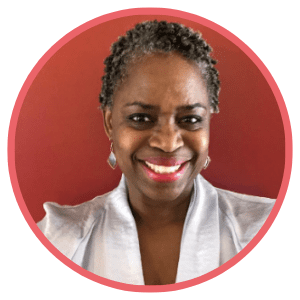 An award-winning actor, writer, director, and choreographer, the talented Michelle Banks also gives back to the community as a teacher and motivational speaker. She is known for her work on TV shows like Soul Food, Girlfriends, and Strong Medicine, as well as the 2016 film Always Chasing Love, along with her work on the stage, including a one-woman show, Reflections of a Black Deaf Woman. In 1989, Banks co-founded, with actor Monique Holt and actor/dancer Christopher Smith, New York’s Onyx Theatre Company, a company that centered Black and People of Color in its work as “recognition of the visible gap that remains in the Deaf theater community for African Americans and other minorities.”

The first but not the last!

While these trailblazers boast an impressive list of accomplishments, this only scratches the surface of the many deaf and hearing women who have made their mark on the world.

Who is a Deaf Women role model you look up to?